What a Muslim Can Teach You About God’s Love

Amie* will never forget the moment she first realized God loves her. As a young Muslim girl living in an Islamic-ruled nation, Amie grew up abused and unloved. This was normal in her country’s culture. “No one I knew expressed love or affirmation – not my parents, not our neighbors.” To make matters worse, Amie’s father abused her emotionally, verbally and physically. She hated him.

And yet, she needed him too. Without a father who lived in the household, Amie would have had no prospects for marriage. Resigned, her mother told her that she endured the constant abuse so that Amie might have a future. If only someone might find her worthy, life might be different. Amie was desperate for affirmation. And her loveless existence was taking a toll on her heart.

But God Had a Plan for Amie 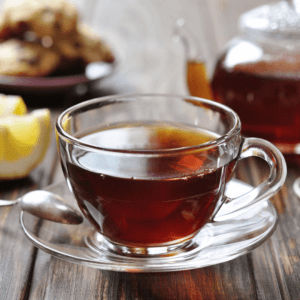 One day when she and her sister were home alone, the doorbell rang. It was a Christian family who’d long ago moved away after being pushed out by  their Muslim neighbors. They had boldly returned to tell Amie and her sister about Jesus.

Over tea and sweets, they told Amie something that deeply touched her heart and captured her imagination. “They told me that God showed his great love for us by sending Christ to die for us while we were still sinners.” (See Romans 5:8.) This news was absolutely incredible to Amie because she had always been hungry for love and affirmation. Realizing that God loves her blew her mind. 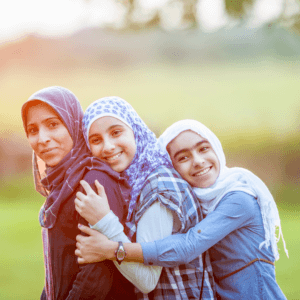 Even if you have never experienced a loveless childhood like Amie, I pray you have had a moment when you first realized that God loves you. Not when you knew it in your head. No, rather when you truly believed it with all your heart. How has that moment changed you?

When Amie started walking with Jesus, she felt the Holy Spirit prompt her to tell her abusive earthly father about this love.

“It was awkward because it’s not a culturally correct thing to do,” Amie says.

Yet by then, Amie had learned that whatever God told her to do was best. So, she went to her father, looked into his eyes and said,

“Father, you know I accepted Jesus. He loves me. And I want you to know how much he loves you too.”

Immediately, Amie’s father began weeping. She shares, “I had never seen my father cry. I knew God was touching his heart. It was a holy moment.”

Amie learned that her father had also grown up unloved. He was never allowed to be close to his father.  Like Amie, he grew up feeling unworthy. “Suddenly, I deeply understood that my father expressed his love toward me the best he could,” Amie says.

Listen to this episode of the iHOPE Empowers podcast to hear Amie share the remarkable story of when she first realized God’s overwhelming love for her. Find out how what happened when she embraced Jesus as her Lord and Saviour. Learn what happened when she courageously told her abusive earthly father that God loves him too. This podcast episode will leave you thinking about the moment you first realized that God loves you and leave you hungering to tell others about his overwhelming love too.

Discover how you can share the love of Christ with people of other faiths who live near you by reading this book or follow iHOPE Ministries on Instagram.

*Amie is not her real name.